More often than not, finding graffiti is a serious nuisance. When someone tags your personal property, you have to spend the time, effort and money to remove it to restore your property to its original appearance. Graffiti has been a problem in urban areas for millennia, and many times, the tagged pictures or phrases can be offensive to passersby. While many efforts have been tried to stamp out this popular method of public destruction by citing and arresting taggers, it’s still quite prevalent today. 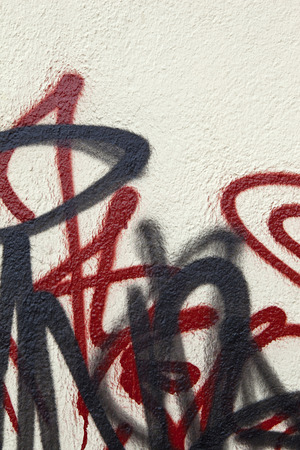 San Francisco has a serious graffiti problem, and it’s often tied to gang presence. Back in March, authorities were investigating an incident of racist and potentially gang-related tagging in San Leandro Marina Park, according to a San Francisco Chronicle article. An increased police presence in the park that weekend helped keep it graffiti free in the following days, but it still led to a hectic situation ahead of the Easter holiday.

In San Jose just a few weeks ago, graffiti taggers attacked a homeless woman, reports KPIX in San Francisco.  The woman asked the taggers to stop what they were doing, thinking that she would get blamed for the graffiti and be forced to relocate. The taggers responded violently by hitting the woman repeatedly with a bike lock attached to the end of a rope.

A well-known graffiti offender, known as Cozy Terry, was recently rearrested. You may recall her name from a blog post we published earlier this year about taking taggers to civil court. In an effort to ramp up the consequences for destroying public property, the judge on Terry’s case decided that she must pay back over $200,000 in damages to the city. Just a few weeks later, Terry was arrested again – this time for tagging a police vehicle and possessing graffiti materials – a violation of her civil court sentence.

Authorities throughout the region have said that they can’t always afford to have cops on graffiti watch duty. Instead, the preferred approach is to erase the tags as soon as they are put up in an effort to tire out the graffitists. This is where Graffiti Removal Specialists’ prompt service helps, with our ability to respond and remove any graffiti tags fast.

If your home or business has been targeted by graffiti, we can help. Our graffiti removal services can remove unwanted tags from concrete, non-painted brick, granite, marble, stone, asphalt, terra cotta, painted exterior surfaces and siding, plastic and metal. We are committed to removing any unwanted graffiti quickly, without leaving any trace behind. To learn more, give us a call today at 925-798-9042.