In recent months, the city of San Francisco has begun going after graffiti taggers, not only by charging them with criminal offenses, but also taking them to civil court hearings. The idea is to hit these taggers in their own wallets to discourage future acts of vandalism that cost both the city and property owners time and money. 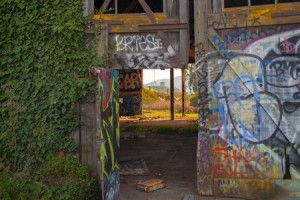 To make this happen, the city attorney’s office is asking the courts to treat the city like a private property owner and allow it to sue for damages to pay for cleanup, according to the San Francisco Chronicle. The city passed legislation in 2014 that allows the city to pursue “civil remedies, including injunctive relief, civil penalties, attorney’s fees and repayment of abatement costs” in certain cases.

The civil suits are not paltry either. The Chronicle highlights one case in particular that shows the money these crimes could ultimately cost the perpetrators. The city filed a lawsuit against Cozy Terry, a serial tagger who is responsible for 28 separate acts of vandalism of city buses, according to the suit. Jill Cannon, one of the two deputy city attorneys on the case, told the Chronicle that the city sought nearly $54,000 in damages for repair and repainting.

“I don’t know what her assets are, but if we get a judgment we will seek to collect,” Cannon told the paper.

Serial graffiti artists are especially in trouble. Most artists tag their name in different places, making their work relatively easy to track, especially with the use of social media. Through the city’s 311 services, residents and workers can take a picture of graffiti before it is removed along with its location. City officials are now tracking these submissions and are working with city attorneys to prosecute offenders.

Officials believe that pursuing civil cases is a good option to deter taggers as, unlike in a criminal charge, civil cases only need to provide tangible evidence supporting the claims, as opposed to the burden of proving guilt beyond a reasonable doubt with criminal charges. The case is currently still pending, but the threat of such an enormous bill for damages is hoped to further deter would-be taggers.

At Graffiti Removal Specialists, we can help eliminate unwanted graffiti and gang tags from your vehicle, building or other structure that has been targeted. We have served San Francisco and the greater Bay Region for more than 35 years, and we’re standing by to help you. To learn more, give us a call today at 925-798-9042.